YOU MAY NOT KNOW 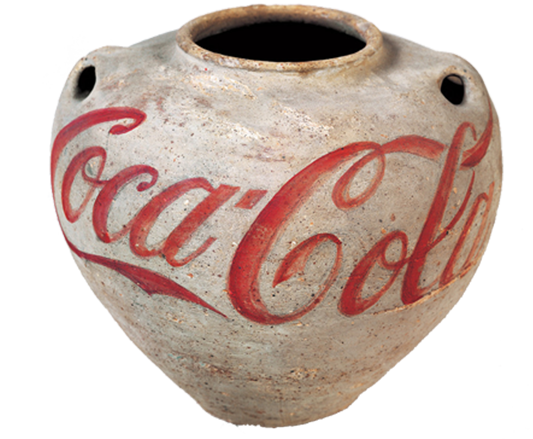 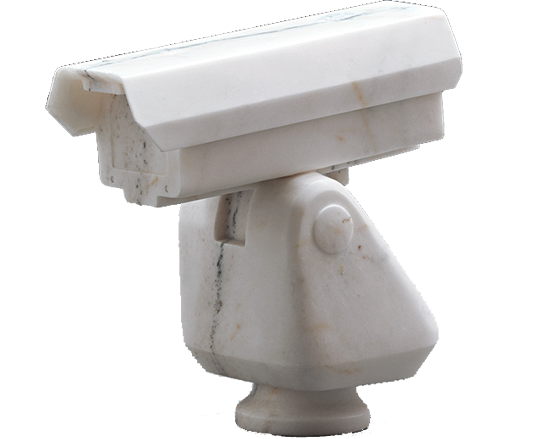 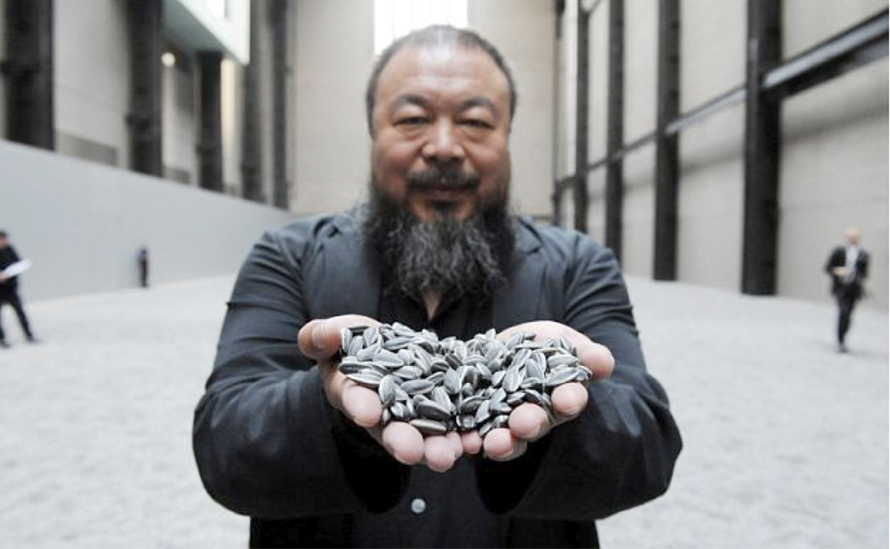 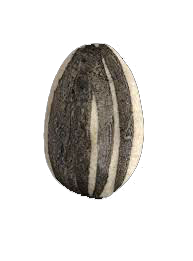 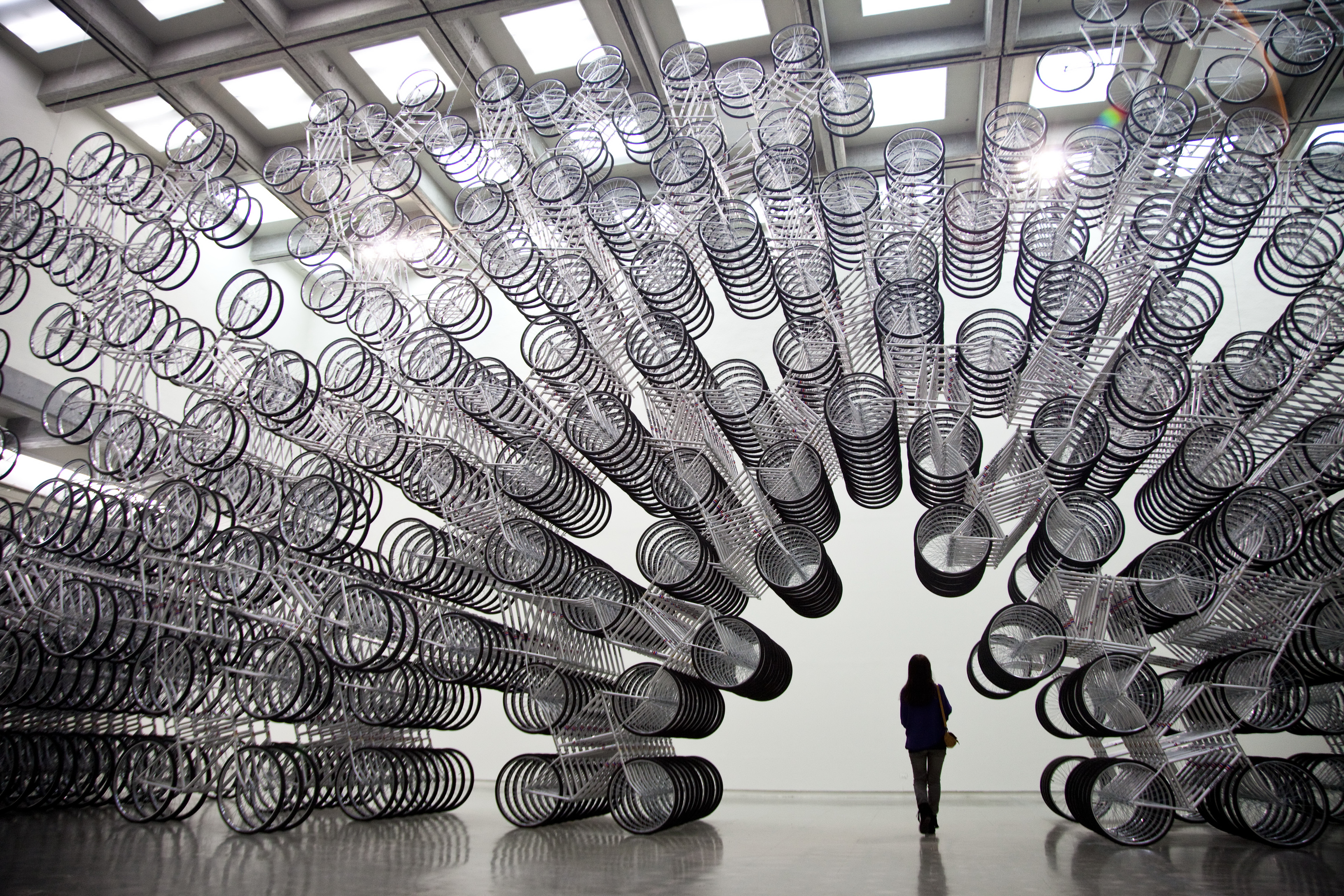 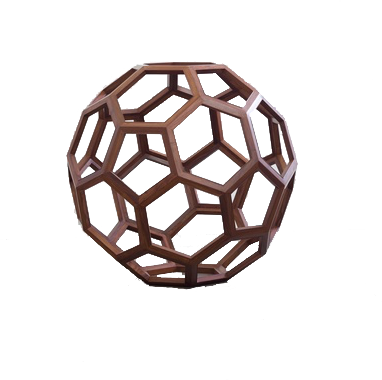 1. Ai Weiwei’s wife, Lu Qing, is also an artist. While her husband’s work is a form of activism, hers is a form of reflection. Lu produces a single work annually, filling a bolt of silk 82 feet long with painted patterns.

2. Ai Weiwei is an ambassador for Reporters Without Borders (RSF). His photographs will feature in RSF’s 2013 album “100 Photos for Press Freedom.” The latest issue was released on September 12, 2013, and was dedicated to the fight for free expression in China. Ai Weiwei’s work in this album chronicles his shadowing and surveillance by China’s secret police.

3. Ai Weiwei is a heavy metal musician. His most recent album was titled “The Divine Comedy” and he has released two singles on his YouTube Channel. The video for the first single, “Dumbass” is a dramatization of the artist’s arbitrary 81-day detention in 2011. His second, “Laoma Tihua” is filmed in the style of a hidden camera and documents several instances of dubious police behaviour.

4. Ai Weiwei is incredibly active on social media. You can find him on Twitter at @aiww. As the majority of his posts are delivered in his native Mandarin, a group of industrious artists have created a Twitter account that translates Ai Weiwei’s tweets into English (@aiwwenglish), which are then posted on a Tumblr account. You can also find him on Instagram at @aiww, for selfies, adorable pictures of his son, existential landscapes and more.

6. Ai Weiwei has very little involvement in the actual production of his works. He prefers to come up with the idea, make the main decisions, and have workers actualize his concepts. For this reason, his workers have referred to themselves as “hired assassins.”

7.Ai Weiwei lived in New York City for 12 years, where he studied at Parsons School of Design and the Art Students League of New York. During this time, he also developed an interest in blackjack, making frequent trips to Atlantic City. Today, he is still regarded as a top tier professional blackjack player amongst gamblers.

8. Ai Weiwei is a prolific documentary filmmaker. His most famous film is an investigation into the 2008 Sichuan earthquakes, titled Hua Lian Ba Er [Little Red Cheeks]. Another, Lao Ma Ti Hua [Disturbing the Peace] actually contains footage of his assault by Chinese police.

9. Ai Weiwei had never used a computer before 2005. But from 2006-2009, he maintained a blog in which he heavily criticized the Chinese government. Although the blog has been taken down by Chinese authorities, its contents have been collected in a book, “Ai Weiwei’s Blog: Writings, Interviews, and Digital Rants, 2006-2009.”

10. Ai Weiwei has addressed the erosion of China’s relationship with its own history in several works. As part of his conceptual piece Fairytale, the artist built a structure from 1001 Ming and Qing Dynasty doors that he collected following the demolition of these historic homes to make way for urban development. Another piece, Circle of Animals/Zodiac Heads (currently on display in Toronto’s Nathan Phillips Square), explores China’s relationship to its national consciousness and cultural objects. This piece is due to be taken down on September 22, 2013 – so if you haven’t seen it yet, this is your last chance!